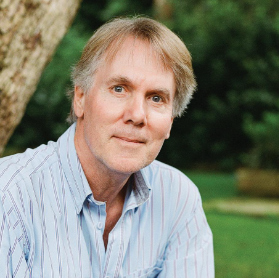 When I was Chaplain to the North Sydney Bears Rugby League team (and you may know that my prayers for their humility were powerfully answered), I once went to the ‘post-mortem’ meeting on Monday and was told ‘it was probably not a good time for me to be there’.

The coach was obviously giving an expletive-laden barrage to the players (after a terrible loss) and either felt that my saintly presence would curb his freedom of speech or that he would have to explain his terms to me as he went… probably the former.

But picture the football coach at half-time as his team has shown no energy or courage or cleverness or skill (or warrant for big pay-packets) and the score is now 38-0 to the other side (if he’s a soccer coach this is serious). He will be angry – quietly or loudly.

What can he do but berate his players and tell them that they are a disgrace to the fans, to the sponsors, to themselves – and especially to him? [The flip-side to this is a fantastic first half where they are belting the opposition and congratulating themselves… but I digress].

It seems to me that too much preaching falls into the ‘coach at half-time’ category. Not that the preacher is angry but he has little to say beyond personal motivation. Think for example of a sermon in the second half of an epistle.

We know that there is more indicative (what God has done) in the first half of the letter and more imperative (what we should do) in the second half – although we should not push the general principle too far as there is something of both in both halves.

But how often the preacher loses his moorings in the second half and fails to show that the engine of godliness lies in what God has done (and continues to do) so that our part in the life of godliness is not just the ‘football player’ getting a motivational speech.

A subtle example of this is in the letter of James which – in unwise hands – could easily become a series of ‘do better’ sermons. But a careful reading of James will show that he regards his readers as having the “implanted word… which can save you” (1.21).

Or even an Old Testament sermon in Deuteronomy will easily become a ‘do better’ sermon unless the preacher makes clear that from the very beginning this book is addressed to people who are being “carried as a father carries his son” (1:31). 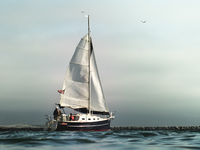 We who preach the Word of God must preach the gospel-driven (meaning grace-driven) life to our people so that they never leave the gathering like football players (did I mention netball players as well?) feeling everything is up to them.

We must remind our people (now I’m confusing all my categories) that we are not lonely rowers in rowing boats nor lazy cruisers in power boats but active sailors in sailing boats – hard at work but supernaturally helped by the Wind of the Spirit – thanks to Jesus.