Articles and discussion by members of EFAC Australia

“For this reason, a man will leave his father and mother and be united to his wife, and the two will become one flesh.”

The introduction to the Anglican Marriage Service (APBA Order 2) upholds this unbroken conviction in this way.

Scripture teaches that marriage is a lifelong partnership uniting a woman and a man in heart, mind and body.

In the joy of their union, husband and wife enrich and respond to each other, growing in tenderness and understanding.

Through marriage a new family is formed, where children may be born and grow in secure and loving care.

Our 21st century world values youth above all else. It lauds the merits of the young in a myriad of ways. Just watch the ads on TV tonight. Youth is good and to be desired. Old age, not so much. In fact, not at all. Old age is seen as bad. In our ageist society older people are often portrayed as doddery, frail, and not really with it. Growing older is feared. It's seen as a time of decrepitude. Even those of us who seek to follow Christ can be seduced into seeing ageing as bad. Why was I so pleased when someone told me after I preached recently that I looked 61 not 71? Because I don't like the thought of growing older. To some degree I've imbibed the spirit of the age. I fear losing control, although if COVID-19 has taught us anything, it's that much of life is beyond our control.

Robert Banks reminds us that ageing is normal. The ageing process, being biologically determined, is part of God's providence and is to be accepted with grace.1 However, that's easier said than done when the world constantly tells us that growing old is bad. And we observe firsthand, the effects of ageing on people we love. Ultimately, we have a choice to accept growing older, with all that process may bring or to live in denial. T.S. Eliot famously wrote in his poem, The Wasteland, that human beings cannot bear too much reality.2 The preacher in Ecclesiastes provides "a beautiful and poetic description of progressive fading and failing in each of the several faculties of the body.  It is a picture of sad and ineluctable deterioration and decay."3

Death and Disease in the Fourth Quarter 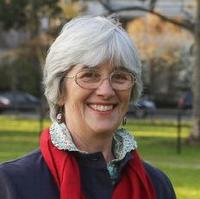 Here in hospital, nurses taking observations mark the passing of the hours: they issue medicines, meal trays are brought and removed: pigeons flutter outside the window.

Disease and death, if they haven’t visited us earlier, come calling on all of us in the fourth quarter of our lives. For me it came earlier than I’d been anticipating.

At fifty-seven years, a non-smoker, my prolonged cough was diagnosed as Stage 4 lung cancer, with probably just months to live. My oncologist suggested that with new targeted therapy I could see two years. Nearly six years on, I’m surprised to find myself still alive, albeit with reduced health and energy. Tumours which have grown in my bones, brain and liver, as well as the base growth in my lungs, have been contained or removed by different forms of treatment (targeted chemotherapy, radiotherapy, brain surgery, immunotherapy). As one treatment stops working, my doctors offer another one – until they run out. Diagnosis came at a time when career and work opportunities were expanding. A masters intensive I was to be teaching in the USA had to be cancelled, together with my part in a major international conference. I’d just accepted the role of leading an annual six-week international intensive course, and had to let that go, with other plans for wider travel and work. There wasn’t much time to grieve – I was focused on the prospect of imminent death and preparing for that with my family.

Read more: Death and Disease in the Fourth Quarter

If you were to ponder three or four words that describe your church or ministry, would 'multicultural' be one of them? Christians can hold a variety of views around multicultural ministry.

What is a 'multicultural' church?

Before we discuss the benefits of fostering a multicultural church, it's important to consider what 'multicultural' is. Demarcations of race and ethnicity are certainly major categories which constitute a person's culture, but so are lesser considered differences, such as generational age groups, differences in income, profession, education, and gender. While it's always beneficial to consider multicultural in the broadest sense of the term, we will give particular focus to demarcations of race and ethnicity in this article.

From Anglo-Catholicism to Evangelicalism - a Response

Frances Cook offers a response to Jack Lindsays excellent article in Essentials, Summer 2021, "Being Anglo-Catholic in Australia, What does it mean and why on earth do it?"