Articles and discussion by members of EFAC Australia

From Richard Bewes, for Anglican-Mainstream.net

‘A messenger of the church and the glory of Christ’

Richard Bewes writes about the Founder of The Church of England Evangelical Council, and the Evangelical fellowship in the Anglican Communion

John Robert Walmsley Stott, born on April 27th, 1921, was called to rest on July 27th, 2011, after a lifetime of church leadership, Bible teaching, evangelism and writing – stretching across a canvas that covered every continent. In the minds of thousands of pastors and students of Scripture worldwide, he has been the unofficial holder of the Blue Riband in Bible exposition.As one theological college Principal 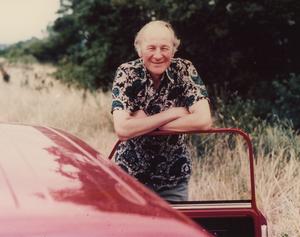 commented to me, “When called upon to expound a Scripture passage, I would refrain from consulting John’s published comments too early, because no sooner had I read them than it seemed there was simply nothing left to explain!” When embarking upon his commentary on the letter to the Romans, it is no exaggeration to state that John Stott read every major work available – including all fourteen volumes of Dr Martyn Lloyd-Jones’ influential expositions.

It has been recently announced that Tim Harris will be leaving his work as the Principal of Bishopdale College in Nelson, New Zealand, to take up a new position as the Bishop of Mission and Evangelism in the Diocese of Adelaide.
Prior to his work in Nelson, Tim was the rector of St Matthews Kensington in the Diocese of Adelaide, as well as a former Chairman of EFAC South
Australia. Tim has asked that we pray for him and his family as they make this move, that God would continue to equip him with all the gifts he needs to undertake this important work.

EFAC Australia recognises with great sadness the passing of John Stott, the driving force and inspiration behind the founding of EFAC in London in 1961- exactly 50 years ago.

See the EFAC blog for more comments than those below or to add your own contribution/tribute.
You might also like to go to the John Stott memorial site to read and even add to the tributes that have flowed in from around the world

John was renowned around the world as the author of more than 50 books including Basic Christianity (translated into 63 languages), the Cross of Christ, Issues Facing Christians Today, and commentaries on many books of the New Testament in the Bible Speaks Today series. He was one of the authors of the Lausanne Covenant and was named one of the 100 most influential people in the world by Time magazine in 2005.

The President of EFAC Australia, Archbishop Peter Jensen, has written the following about the influence of John Stott.

There are a few, a very few, who deserve to be called a Prince among the people of God. John Stott was one such.

Opposition to Christian Religious Education in Victorian schools is heating up, after the Age ran a front page story today accusing the CEO of ACCESS ministries of going against national guidelines by promoting evangelism in the classroom.

The article refers to a talk given three years ago by CEO, Dr Evonne Paddison, at the Evangelical Fellowship in the Anglican Communion national conference in Melbourne. She's quoted as saying "we need to go and make disciples" in schools.

The Victorian and Federal Governments are investigating whether ACCESS is in breach of the National Schools Chaplaincy Guidelines, which bans "proselytising".

Here is a link to a paper presented at the 10th Edinburgh Dogmatics Conference: 25–28 August 2003, Rutherford House, Edinburgh, by Bp Tom Wright

Introduction
I am grateful for the invitation to this conference, and for the sensitive way in which
the organisers responded to my comments on the intial outline of the programme. I am
aware that fresh interpretations of Paul, including my own, have caused controversy in
evangelical circles, and particularly reformed circles. My own name has been linked
with proposals which have been variously dismissed, scorned, vilified and
anathematized. Having heard the papers yesterday morning and afternoon I suggested
to David Searle that I should take two hours not one to say what needs to be said just
now; but when I heard Tony Lane last night I realised I would need, like Cardinal
Seripando at Trent, two days to establish my own orthodoxy. We shall see.